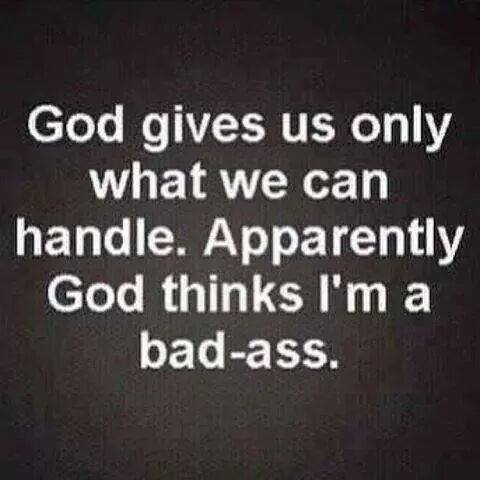 Get intuitive and master life coaching advice and help from, me, Spiritual and intuitive coach Lindsay!  We all have some doubts and some questions, and not every situation needs a dedicated coach. Got a question or challenge? Then fill out the form below! If Lindsay uses your question in her advice feature on this blog you will be notified! Whether your question is about love, weight loss, finding motivation, job transition, following your dreams, or discovering your authentic self, I can’t wait to hear from you!

This advise section is about Relationships. Relationships are beautiful, but they can be messy, filled with drama, and a living hell at times. Get advice from Lindsay, your super secret powered coach, the liberator of your purpose, power, and passions!

Here’s some questions I found this week! If you have any questions of your own, submit them to me in the form below this article!

Dear Super Secret Powered Coach,
I feel like I have lost my confidence and have very little self esteem or self respect left.

This is stupid, but I think what got me through tough, hard and bad days at work was knowing I was doing it all for a good reason, I would do things and work hard to make my ex proud and worked hard for us, I have really lost my drive now.

I’m still stuck on how easily he just f***ed off, I feel used and cheated, I feel embarrassed and ashamed, strangely he has left me looking at my life and my family, thinking that me and they are not good enough.

I’m going to be blunt. I have no idea why he left, but it sounds like we were relying on him too heavily for your own sense of accomplishment or fulfillment. At least too much for your own good. You have every right to feel the way to do. Yet, no one person should ever be expected to make everything feel like it’s going right for you. You lost your self-respect long before you lost your boyfriend, girl! You have to love and take yourself, even before you love and take care of partner. You should also be expecting the same from your partner, within reason. He or she should be able to take care of themselves and willing to contribute evenly to your relationship.

As for your feelings now, live and learn my friend. When you do, the next relationship will be that much better.

Dear Super Secret Powered Coach,
I’ve been with my current partner for nearly 10years – engaged for 18months.
I have a real big issue with smoking and before we got engaged I caught him smoking and left our family home. He promised he would stop (as he wasn’t addicted and only did it to ‘be in with the crowd’). He proposed the next day.
We’ve recently moved to a new home and a month before I smelt it on him again. And again he promised he would stop.
It’s 9 weeks until the wedding and he’s been smoking again this week. I’m obviously not enough for him to stop and the fact he only has a couple a week makes me even more frustrated because I can’t help him as he’s not addicted!

I just don’t know what to do and whether marrying him if he’s so willing to deceive me is the right thing to do.
-Smokedout

Dear Smokedout,
I hope you don’t mind, but I am going to ask you some questions.
Is the smoking issue worth more to than keeping the relationship?
Are you trying to “fix” your fiancee, so that you can have a perfect life?

What you might not like to hear, but is still the truth, fiancees, husbands, and boyfriends will always have the right to do what they wish. You will never lose that right, so long as you don’t give it away. Forcing someone into something they are ready for under the pressure of marriage, is not going “whip a man into shape.” How would you react if he gave you an ultimatum dependent on whether or not the two of you will marry?

Lastly, a marriage is a partner, a union of energies and will. How can gain his buy in without the use for force? How can you make this a effort between partners?

Strangely enough, the fact that he’s hiding the fact that he’s still smoking from you, is a sign that he does still care about what you think. He knows, ideally, that you are right and that his smoking is not really worth fight about, so he tries to avoid the fight. That is a precious thing to have, don’t take it for granted. There may come a point where he no longer cares how much he’s getting confronted.

Hang in there and try to approach this as if it were you who was being asked to change.

Anyway, I’ve never been in a relationship for this long, so I don’t know how things are suppose to be. I’ve just been feeling very unloved lately.

In the beginning of our relationship we use to text soooooo much, and he use to say such cute things. Now this slowly changed, we certainly do not text as often as we use to. Just mostly typically things, like good morning, I love you, I miss you, Hows work, Etc.. Now we don’t text for 2 – 3 hours at a time. Now we are also not as lovey dovey as we use to be compared to the beginning as well, don’t cuddle as much etc. I’m not sure if this is normal or not. I guess we are just comfortable.
When we hang out in person everything is typically wonderful. It’s just when we are not together, which I know hes been busy because work has picked up sooo much and hes been exhausted.
I just don’t know what to do anymore, and I may be over anaylizng this. But any advice would help!

Dearest Scaredtolosehim,
Almost every relationship begins with a period where the endorphins are running strong and high, and that phase does come to an end at some point. Not because our feelings change, but because, as you guessed, the couple becomes comfortable in their own pace and stability. While I don’t think any relationship should be taken for granted, you did also mention that is really stressed with work.

In the world of male pride having a relationship and having a good job are both up there pretty high. Stresses from work and relationship, are the things that are going to effect a man’s emotional state before anything else. If he’s really stressed about work, let him talk about it. Maybe he needs to find a way to get a better job. If it’s really stress that is bugging him, support him through, help him find ways to de-stress and get back a little of what you had before. This is would I do first.
If you are having that gut feeling that something is really wrong, don’t ignore it. Have the patience to get to the bottom of things without causing loads of drama for yourself.

I am dating a man who is separated from his wife for many years. He and his ex have a daughter together.
We started dating only 6 months ago and NO I’m not having sex with him until his divorce is finalized. I do don’t want to have sex with him because God Forbid I get pregnant, I definitely DON’T want to raise a child in this drama. I have never been married and I have no children. My child deserves better. He said that he didn’t get a divorce before because he just didn’t have a reason to until I came into the picture.
I would ideally like a man who also has never been married and has no children. But, I feel in love with him. It hasn’t been easy. He says that he wants to be involved in the little girl’s life because he helped raise her but the woman won’t let him. The house in which he lives in is also at her name and I’m not sure if he will be responsible for paying child support, since the child is legally his even if he’s not the biological father. I want to hear some advice on this situation. Should I just walk away or should I wait for him to get the divorce? He’s a good man with a good heart but his situation drives me crazy and I wonder if it’s even worth it?
–Arockandhardplace

Dearest Arockandahardplace,
There is no ring on your finger, you need to look out for yourself and your own future. It sounds like he is really tied up in his own drama and situation. He could have gotten divorced at any time, and he would have rights to visitation or maybe even custody if he pursued them. He might be responsible for paying child support, if the child’s mother files for it and the child remains with her. Those are the facts. But he needs to make some decisions. What is he going to fight for? He, and you, cannot live in a state of suspended living forever.
You might decide to not walk away, but do start asserting your own terms on this relationship because it seems like he isn’t going to change unless someone makes him. I don’t’ think anyone should MAKE anyone do anything, but you have to get in touch with your own boundaries and expectations and stick with them, because you are worth, because you NEED it. This is his drama, not yours. How much are you willing to live it with him?

Got a different opinion or been in the same spot before? What would you like to tell these people about their particular challenges? Leave comments to add to this discussion!

If you think Lindsay’s advise was spot on, and need a little relationship or self-work, then book a complimentary introductory session today!

If you have a question you would like to ask Lindsay, fill out the form below! I want to hear your questions about love, relationships, confidence, inner struggles, dreams, and feeling good!  Your confidentiality will always be maintained!