The basics of Stress and Stress Reduction 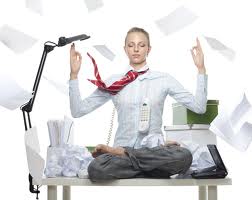 This is another resource in my stress, stress management, and stress reduction series. Stress is a tricky thing to wrangle or fight against. But when it comes down to bare bones, stress should never be battled.  It is through self-esteem and the power of your own choices., that the voice of fear and stress becomes just another voice in the crowd.

Today I’m going to tell you a little bit about my story of stress, stress management, anxiety and panic.

I have always been the type of person who under-reacted. I have been the one who has the plan, who knows what’s coming next, who kept things together so other around could also flourish. But after I moved from college to life to having kids, my body, mind, emotions, and energy (my holistic self) began to rebel. I was soo busy keeping up the house, caring for the kids, building a small jewelry making business, running a small non-profit office, and trying to have some kind of social life that at some point keeping everything together was THE most stressful thing in my life. I had tasks to do, people who were counting on me, though. So, maybe I didn’t have time for a shower, so maybe I didn’t have time to eat during the day, so maybe I stayed up to all hours of the night trying to “get it all done”. The stress didn’t go away because I continued to get everything done and push myself harder. My mental state didn’t improve because I knew I would still feel like a failure if everything didn’t happen the way it “should”. My energy began to flag, my body was one giant muscle knot, and I burned out. And then because I thought it was all my fault, I did the whole thing over again, thinking that if I planned my schedule better, if I kept on top of things faster, that I wouldn’t burn out again, I wouldn’t fail again. And then things got a whole lot worse. My stomach rebelled, my back and neck were almost constantly out, I was exhausted, and feel so under appreciated that I would spaz when someone tried to tell me I should be doing something differently. As the economy crashed and my husband had to begin to a long string of contract searching, the anxiety and panic started. I thought I was done for. I felt that I was going to be a useless human, medicated, and fragile for the rest of myself.

I knew that wasn’t who I was. I was the woman who picked up her three month old and flew to Volgograd, Russia. I was the person who had been considering bi-continental living. I was the one who walked out a bad marriage, my head held high because I wasn’t going to let it hurt me anymore. And there I was broken, having panic attacks in my own home, unable to drive for fear having a panic attack and crashing the car, gods forbid the kids should be with me. But I didn’t die. I wasn’t useless even then. I dropped everything I could, and focused on myself and my feelings, because I knew this wasn’t what I wanted for myself. That state of being was something I wouldn’t wish on my worst enemy. I knew from research I had done, that essentially this whole situation was me allowing my mind to run it’s mouth. It was fear. Fear of losing everything I cared about, fear of never being enough to be a good mom, a good business owner, a good wife, etc… I wasn’t entirely sure why I was so afraid, but I knew I had to get to the bottom of it. Once I found where the fear was really coming from I knew I had to deal with it.

I didn’t do it through therapy. I only used some medication to help get me down from the immediate state of fear, which had been building up all sorts of not so fun stuff in my body for months. Once I learned to be able to tell myself it was all truly in my mind, I could get myself down from a state of anxiety and panic. I changed my thinking little bit by little bit. Even before I discovered life coaching, I understood, that the life before me NEEDED to be my top priority. I understood that what I wanted for myself was actually more important, more factual, than anything my fears could tell me. When I was just coming out of my anxiety state, I would repeatedly ask myself, “What do I want to the rest of my day to be like?” I could then go through the list of things I wanted to do, take a bath, go lay down, read a book, make myself some decaf, and so forth. Immediate things I WANTED to do to give myself a little TLC, so that later maybe I had the option to think about the next post I was going to put out or tackling cleaning up a room.

A lot of what I was doing is classified in the psych world as Cognitive Behavioral Therapy. And a lot of those techniques are employed in coaching. By the time, I found life coaching I had grown since my anxiety-ridden self. But I also realized, that I had been taking shots in the dark for hoping to hit the target for overcoming my stress and anxiety. Coaching provided a much larger perspective around the techniques, one that focuses on striving for the life you always wanted, while continually making baby steps toward it and reaping the benefits for all those little successes. For a little bit of background into stress studies and why coaching takes the approach it does here’s a quick and neat little video!

I am sharing my story because the facts of what stress does to your body, mind, emotions, and energy does not tell you or begin to describe what it is like to live with stress without really truly dealing with it. Of course, some yoga and meditation can help decompress along the way. But in a state of high stress, in a state of almost constant anxiety, sometimes you need de-stress before those tools will work. Sometimes the stress will affect your body so badly that you will become ill. During this time I developed a sensitivity to corn products. The effects of the intestinal discomfort, bloating, and gas confused for me for almost a year, and contributed to my anxiety because I couldn’t figure out what was wrong with me and why sometimes my chest felt constricted (from the copious amounts of gas), even when I wasn’t originally feeling panicky. My self-care and self-esteem have been raised, so that even while I may be afraid I can honor that about myself. Life coaching provided the realization that there is no reason I should not be choosing what is best for myself. It made me sit down and make plans and back-up plans to help myself and make sure I stayed full of self-worth and that my basic health and care needs were taken care of before anything else. It made me sit down and think about what it was I really wanted for my life, rather than the vague notion that I wanted something more than what I was doing. It gave me power that I wasn’t able to accept about myself before finding life coaching. The power to choose. The power to change, at my own pace, from my own seat of power.

If this is what you want for your life, I can help. Book an Intuitive Life Coaching Session with me today!

Go to the Stress Management Index