I always wanted to be a psychic, then I had my awakening 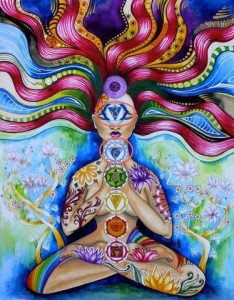 Ever since I was a little kid I wanted to be a psychic. I wanted to be someone who could read people, places, and things and find knowings and stories about them that other didn’t know. I wanted to be able to tap into deeper and powerful forces and to be allied with them. It took me 21 years to realize that I had been a psychic all along. It took awakening.

Why did it take 21 years? It took so long for it to be pointed out to me because real life is not Hollywood. I didn’t open a book and had electric force start spilling out. Nor did an angry spirit haunt me and treated my life and home for months on end. I didn’t die and come back from an NDE. It took so long because what we are taught to look for when seeking our own intuitive nature has been overwritten by the dramatic and sensationalistic nature of the media and movies.

My best friend since I was 6 sees ghosts. Always did, always will. Her story sounded more like Ghost Whisperer than anything else, and that’s what I assumed it would be like to be psychic. During our college years she had picked up some Native American spirits as her guides and, well, buddies. They weren’t lost spirits, like you might think. They simply liked to hang out every so often, and every once and while they would teach something or be generally helpful.  But one night as I was packing up to leave my friend’s apartment, I heard her “invisible friends”.

The really strange part about the situation was not that I heard them talking, it was that I had heard that type of voice before. In fact, I frequently had that type of voice in my life. I had thought I was running an internal monologue, trying to work stuff out for myself.  The realization didn’t hit all at once. I was stooped over picking my stuff up, I heard a sarcastic comment, and then my friend started to crack up. I stopped what I was doing and looked at my friend, and asked her if I had heard the comment right. She confirmed it and kept laughing. It was obvious she got the joke told behind the scenes.

Then the world in my mind exploded, and continued to explode over the next couple months.

It didn’t come all at once, it usually doesn’t. But I was awakening to the deeper truth to my existence in this here and now. All those little things that happen, knowing who’s calling before the phone rings, the snippets of info about loved ones who are far away, being able to tell when people are sick, near death, or pregnant, flashes or dreams of precognizance, are all precursors to a larger awakening.  They are easy to overlook or underestimate. But they are part of our personal calling to open to a greater purpose and reality.

How different the world looked after my awakening took root. My whole perception of the world change. I had no doubts the label psychic applied to me, but I also began sensing it in so many others. Those who knew about their abilities and energies, and those who were still blind to it.  My awakening showed me my purpose here and once I learned to work with my abilities and sensitivities provided a great source of strength in my life. Not only had I been living in the dark about my truest, most authentic self for the simple fact that I did not recognize myself for what I was.

Are you willing to see your own radiance?